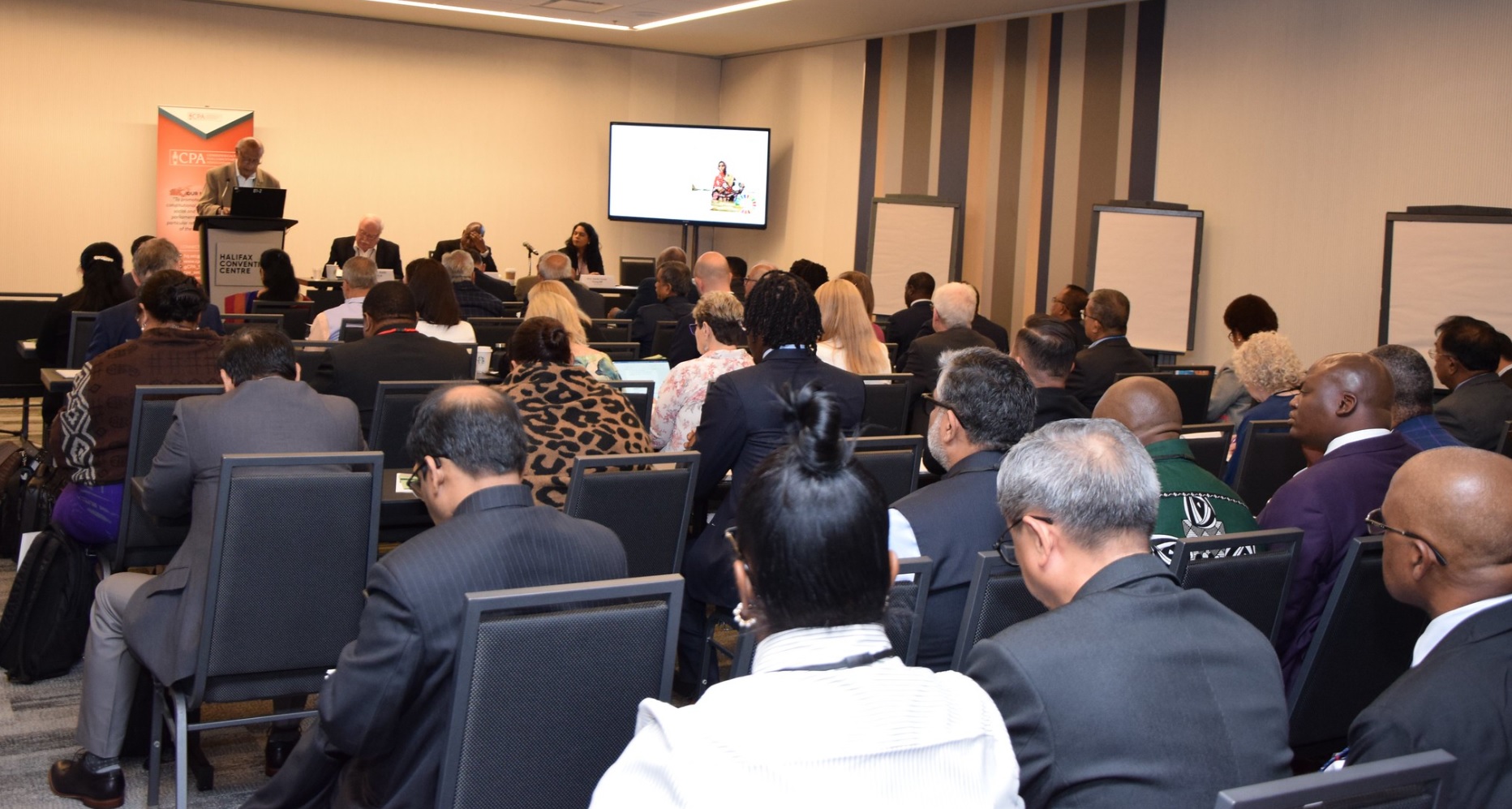 One of the eight CPC workshops held on Day 5

On 24 August, eight workshops were held as part of the Commonwealth Parliamentary Conference. Delegates heard from experts and Commonwealth Parliamentarians on topics such as accessibility, the roles and responsibilities of Parliament during a pandemic; gender-sensitive parliaments; cyberbullying and its impacts on youth; and the role of parliaments in achieving sustainable development.

Following the workshops, the Honourable Anthony Rota, President of the Commonwealth Parliamentary Association and Speaker of the House of Commons, along with the Speakers of the Canadian Region, hosted a dinner reception for all participants at the Canadian Museum of Immigration at Pier 21.

The #65CPC has completed Workshop B, moderated by the Hon. Keith Bain, Speaker of the Nova Scotia House of Assembly @NSLeg, which explored the role of parliaments in achieving @UN #SDGs with presentations from Guyana 🇬🇾, the Seychelles 🇸🇨, and Fiji 🇫🇯 pic.twitter.com/ObcXoWYmrG

It was an honor to be the speaker on Assistive Technology and sharing #Microsoft accessible products and features at the #65CPC. Parliaments that invest in AT will be able to employ more people with #disabilities into government. pic.twitter.com/XqpGWxxCrz

Glad to be in a frame with Presiding Officers & parliamentarians from India during Opening Ceremony of #65CPC at Halifax, Canada. India is committed to strengthen parliamentary democracy and to make legislatures inclusive. pic.twitter.com/3nnjlzPnl1

Congratulations to Senator the Honourable Paul Richards on his election as Vice-Chairperson of the #CPwD network at #65CPC@CPA_Secretariat #65CPC #CPwD
🇨🇦🇹🇹 https://t.co/c6NeYKouim

The assembled delegates of the 65th CPC.

At the conclusion of Day 3, the Speaker of the Nova Scotia Legislature, Hon. Keith Bain, MLA, welcomed the Commonwealth Parliamentary Association Executive Committee to Province House, the Legislative building of Nova Scotia. The CPA delegation was led by CPA President the Hon. Anthony Rota, MP, Speaker of the House of Commons of Canada together with the CPA Secretary-General, Stephen Twigg, as well as the Speakers of the Provincial Legislatures of Manitoba, Alberta, British Columbia, Prince Edward Island and Saskatchewan in the CPA Canadian Region.

In the morning, some delegates participated in the conference’s cultural program and explored Halifax or Lunenburg with a local tour guide.

At #65CPC in Halifax, Canada, Members are arriving for the opening ceremony! pic.twitter.com/YFSz2DF6Jx

The Lieutenant-Governor of Nova Scotia @LtGovNS, His Honour Arthur J. LeBlanc, has arrived at the #65CPC ahead of the Official Opening and was greeted by CPA President and @HoCSpeaker Anthony Rota and Senate Speaker @GeorgeFureyNL pic.twitter.com/FaoNS2AApR

Her Excellency @GGCanada Mary Simon, Vice-Patron of the Commonwealth Parliamentary Association (CPA), has arrived to the #65CPC and was welcomed by CPA President and @HoCSpeaker Anthony Rota and Senate Speaker @GeorgeFureyNL pic.twitter.com/7y0H6XI8CX

“The Commonwealth is not merely a name, but a goal. A society of nations that work together with common objectives.”#GGSimon delivered the following opening remarks at the 65th #Commonwealth Parliamentary Conference: https://t.co/1kAjndvylh#65CPC pic.twitter.com/rcoug0TZqM

2/2 As @CPA_Secretariat President, I am pleased to preside over the conference and to welcome parliamentarians and their staff from across the #Commonwealth. Learn more about the #65CPC: https://t.co/48EwornTqN @ParlDiplomacy pic.twitter.com/2NX2qvC1tj 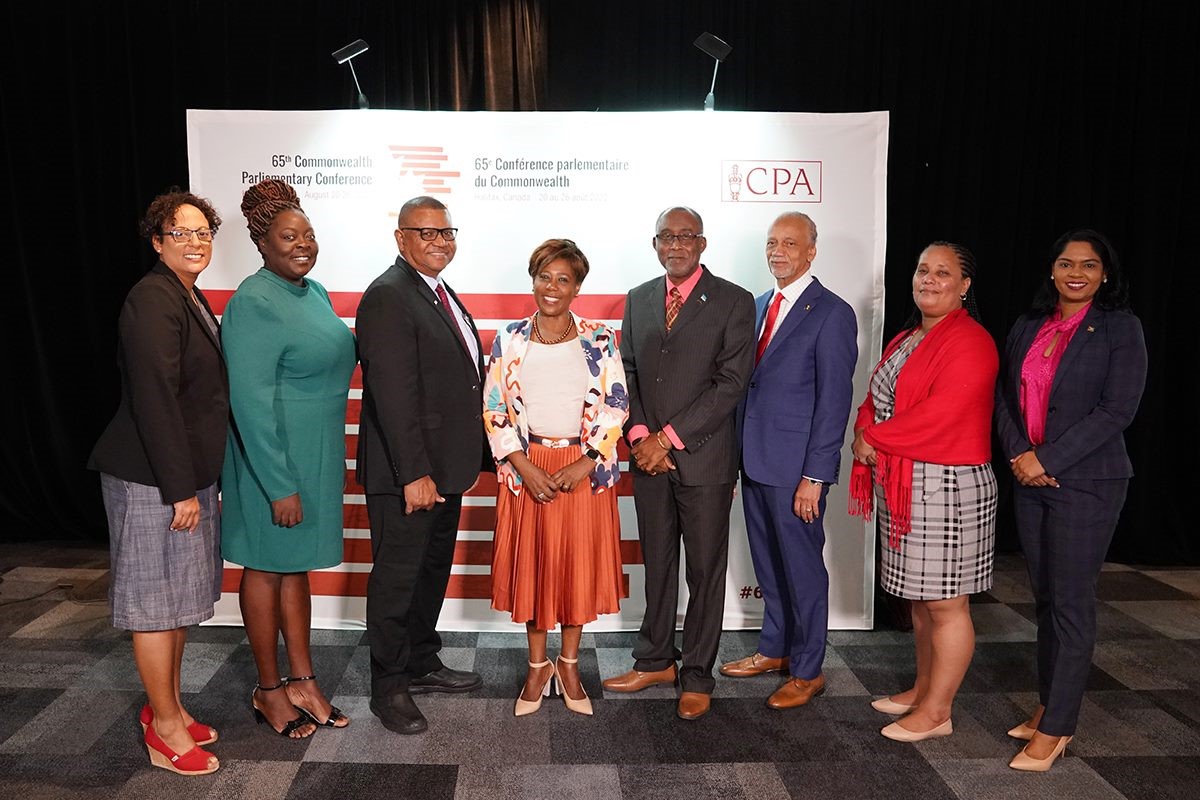 Members of Parliament from the CPA’s Caribbean, Americas and Atlantic Region

All remaining delegates, observers, accompanying persons, Society of Clerks-at-the-Table and other participants in the Commonwealth Parliamentary Conference arrived on 22 August. Welcome to Halifax!

The 7th Commonwealth Women Parliamentarians Conference continued with a series of workshops on topics such as addressing abuse and harassment in Parliament and financial empowerment of women and gender-sensitive budgeting. The 38th Commonwealth Parliamentary Association Small Branches Conference entered its second-day discussing topics such as building sustainable economies in small branches and well-being indicators for small branches.

The Commonwealth Parliamentary Association’s Executive Committee also continued their meetings. Members participated in a dinner at Province House hosted by the Honourable Keith Bain, Speaker of the Nova Scotia House of Assembly and the Honourable Anthony Rota, President of the Commonwealth Parliamentary Association and Speaker of the House of Commons.

The full program is available here.

Today Speaker Bain welcomed a delegation from the KwaZulu-Natal Legislature to Province House. The delegates are attending the #65CPC being held in Halifax this week.

The @KznLegislature is one of the nine provincial legislatures in South Africa. 🇿🇦 pic.twitter.com/Vn7DT7IkOK

Minister @PamNParsons attended the 65th #Commonwealth Parliamentary Conference this weekend. The conference is an opportunity to connect with and learn from leaders from around the globe, including discussions focused on gender equality. #65CPC @CPA_Secretariat pic.twitter.com/GCH7erlai4

This week, I have the pleasure of attending the 65th Commonwealth Parliamentary Conference in Halifax.

I’m looking forward to discussing building inclusive & accessible Parliaments with my fellow Parliamentarians from around the world in the coming days.#65CPC @CPA_Secretariat pic.twitter.com/EFKSVphBB2

Parliamentarians from across the Commonwealth are here in Halifax for #65CPC.

Today women Members discussed diversity & intersectionality in Parliament whilst Members from small Parliaments explored how to plan for disasters. pic.twitter.com/OIidtVnWkV 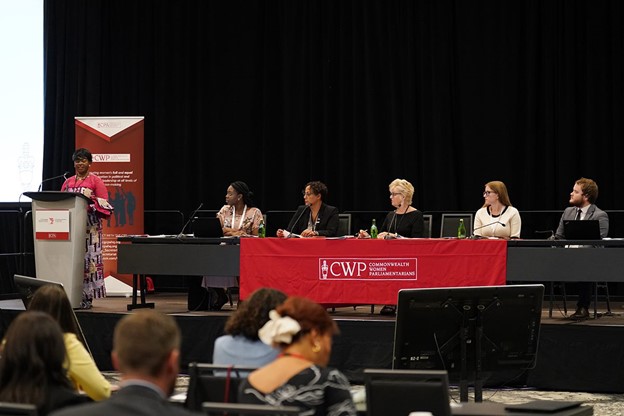 Election of the Hon. Zainab Gimba as CWP Chairperson. 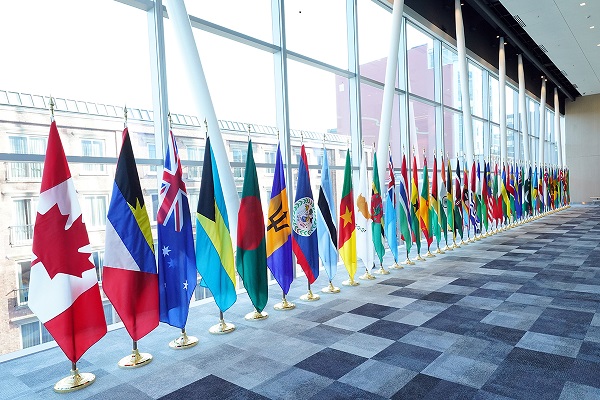 Welcome to Halifax! On 20 August, members of the Co-ordinating Committee and the Executive Committee; delegates and steering committee members for the Commonwealth Women Parliamentarians and Small Branches; and Regional Advisors and/or Secretaries arrived in Halifax.

Photo albums from the 65th CPC will be available on the CPA Flickr.


The full program is available here