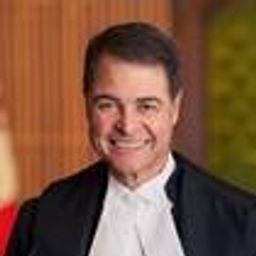 In 2011, Mr Rota joined Nipissing University in North Bay, Ontario, where he served as Director of Government Relations. He ran for re-election in 2015 and won his seat for the 42nd Parliament of Canada. On 9 December 2015, he was appointed Assistant Deputy Speaker and Assistant Deputy Chair of Committees of the Whole. On 20 April 2020, he was also appointed Chair of the Special Committee on the COVID-19 Pandemic (COVI). The Special Committee was established to examine the government response to the pandemic and includes all Members of the House of Commons.

Prior to his election to the Canadian House of Commons in 2004, Mr Rota worked for the National Research Council’s Industrial Research Assistance Program as Regional Manager for Ontario and in the field of international technology transfer. He also worked as an entrepreneur in the financial and real estate sector, during which time he served as President of the North Bay and District Chamber of Commerce. He was subsequently elected to the city council for the City of North Bay, where he served as Chair for Planning and Economic Development.

Mr Rota holds a bachelor’s degree in Political Science and a Master of Business Administration. He is fluent in English, French, Italian and Spanish.