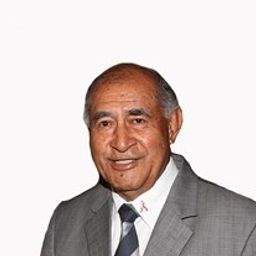 Hon. Ratu Nailatikau served as Second Secretary to the Fiji High Commission in Canberra from 1970 to 1972 and then to the Fiji Mission to the United Nations in New York from 1972 to 1974. In 1988, Hon. Ratu Nailatikau was appointed as Fiji’s High Commissioner to the United Kingdom where he served for 8 years and accredited as Fiji’s Ambassador to Denmark, Egypt, Germany, Israel and the Holy See. In 1998, he was appointed Roving Ambassador and High Commissioner in the Pacific with special responsibility for Fiji’s Peacekeeping contribution with the Peace Monitoring Group in Bougainville, PNG. Hon. Ratu Nailatikau then took up the post of Permanent Secretary for Foreign Affairs and External Trade in 1999.

He served as the Deputy Prime Minister and Minister for Fijian Affairs in the interim Government from June 2000 to March 2001. He continued serving in this post under the caretaker Government until September 2001 before taking on the role of Speaker of the House of Representatives. In October 2006, he was appointed Ambassador in the Ministry of Foreign Affairs before serving as the Minister for Foreign Affairs and External Trade in January 2007. Hon. Ratu Nailatikau was then appointed Minister for Indigenous Affairs, Provincial Development and Multi Ethnic Affairs in October 2008. On 10 June 2005, Hon. Ratu Nailatikau was appointed the UN AIDS Special Representative for the Pacific and was also appointed as Fiji’s representative for HIV/AIDS in 2007.