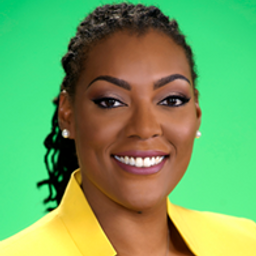 Hon. Akierra M. D. Missick, is the elected member for Leeward and Long Bay, Providenciales, Turks & Caicos Islands after successfully contesting that district seat for a third term in the 2021 General Elections and serves presently the Leader of Government Business in the House of Assembly and Minister of Physical Planning & Infrastructure Development.

Ms. Missick transitioned into frontline politics in 2012, after she successfully contested the electoral district of Leeward & Long Bay and served as the Deputy Premier and Minister of Education, Youth Affairs, Sport and Library Services during the period of 2012-2016. On taking up her Ministerial portfolio, she brought energy and enthusiasm to the work and delivered on numerous important national issues in Education and Youth inclusive of the construction for modern infrastructure and implementation of a “child centered” early childhood curriculum. Ms. Missick was guided by the mantra ‘leave no child behind’ and in so doing believes that children must be given the opportunity to succeed.

Ms. Missick was elected again in 2016 as the MP for Leeward & Long Bay. During this period in Opposition, she used her platform to educate the public at large during various debates in the House of Assembly relating to the legislation proposed by the Government. Ms. Missick also accepted the call to serve as the Chair of the TCI Public Accounts Committee and took the opportunity to build robust skills on legislative scrutiny through various workshops and meetings on Public Financial Management. This provided her an opportunity to engage Parliamentary colleagues around the world, to study best practices and advance them not only in the Turks & Caicos Islands, but regionally through taking part in Post-Election Seminars hosted by the Commonwealth Parliamentary Association.

In 2021, Ms. Missick was elected for a third time as the MP for Leeward and Long Bay and is presently appointed the Minister of Physical Planning & Infrastructure Development. In this new role, she is determined to change the physical landscape of these Islands to be more resilient, and environmentally protective with a focus on creating a sustainable housing program that will provide TC Islanders and opportunity to own a piece of the TCI Dream. Ms. Missick is a Planeteer from the Captain Planet school of thought and is a firm believer that climate change will be the biggest challenge for this generation of TCI leaders.

Ms. Missick obtained her law degree from the University of Nottingham and is a member of the Ms.ourable Society of Lincoln’s Inn. She is called to the Turks and Caicos Islands Bar and practiced as a Senior Litigation Attorney with focus on Civil Dispute Resolution for the last 15 years and is presently on sabbatical to serve in the TCI Cabinet. She’s a Christian and enjoy reading on a boat sailing around the Turks & Caicos Islands when spare time permits